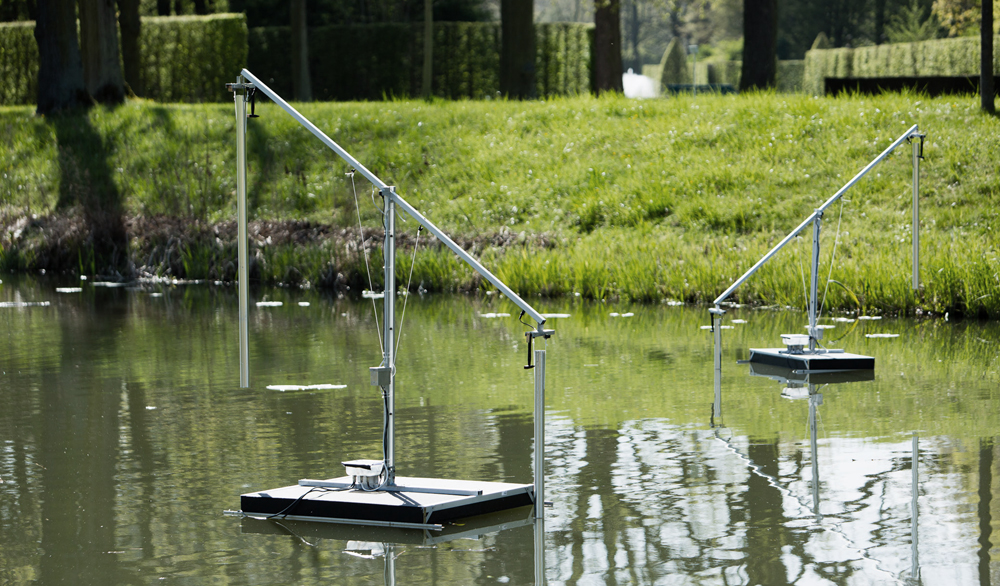 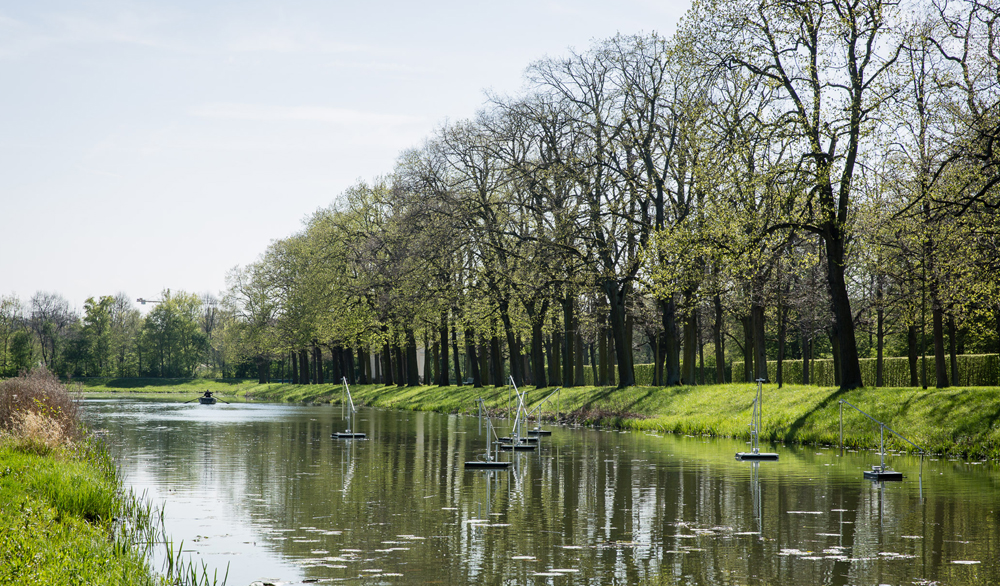 The question of what happens to the apparently coincidentally created sounds of wind chimes, birdsong or the urban soundscape when we listen consciously, when we relate the sounds, noises and pauses in our heads to one another and analyse them, is central to the work of Erwin Stache. The installations, objects and machines he designs and builds almost always unite elements of chance and conscious control, which are always finely counterbalanced. And this curious dynamic frequently gives the technical apparatuses – as Stache says – a ‘certain aliveness’.

The gadgets that Stache has installed for Eintauchen – Auftauchen [Immersion – Emergence] on seven rafts near the Frederikenbrücke at first seem alien to the garden landscape. The continual up and down of their long levers makes one think of robots staggering awkwardly back and forth. Stoically they dip first one, then the other of the attached tubular bells into the water. This up and down, whose choreography Stache has programmed, also determines the sound events. Struck by small hammers, the sounds of the tubular bells change, depending on how deep they are immersed in the water – although precise control of the tones and melodies is impossible, due to the outside influences of wind and weather. And this compositional blurring is intentional. It remains up to the listeners’ spirit of discovery to find out how the apparently coincidental sounds and melodies interact.

Erwin Stache, born 1960 in Schlema bei Aue, lives in Beucha near Leipzig. Stache studied music, physics and mathematics. In the 1970s he was already making objects from old audio devises and things he found. He has been active as a musician, composer and sound-object builder since 1983, developing and constructing electro-acoustic and mechanical instruments. Concerts and installations at numerous international festivals, museums and galleries.