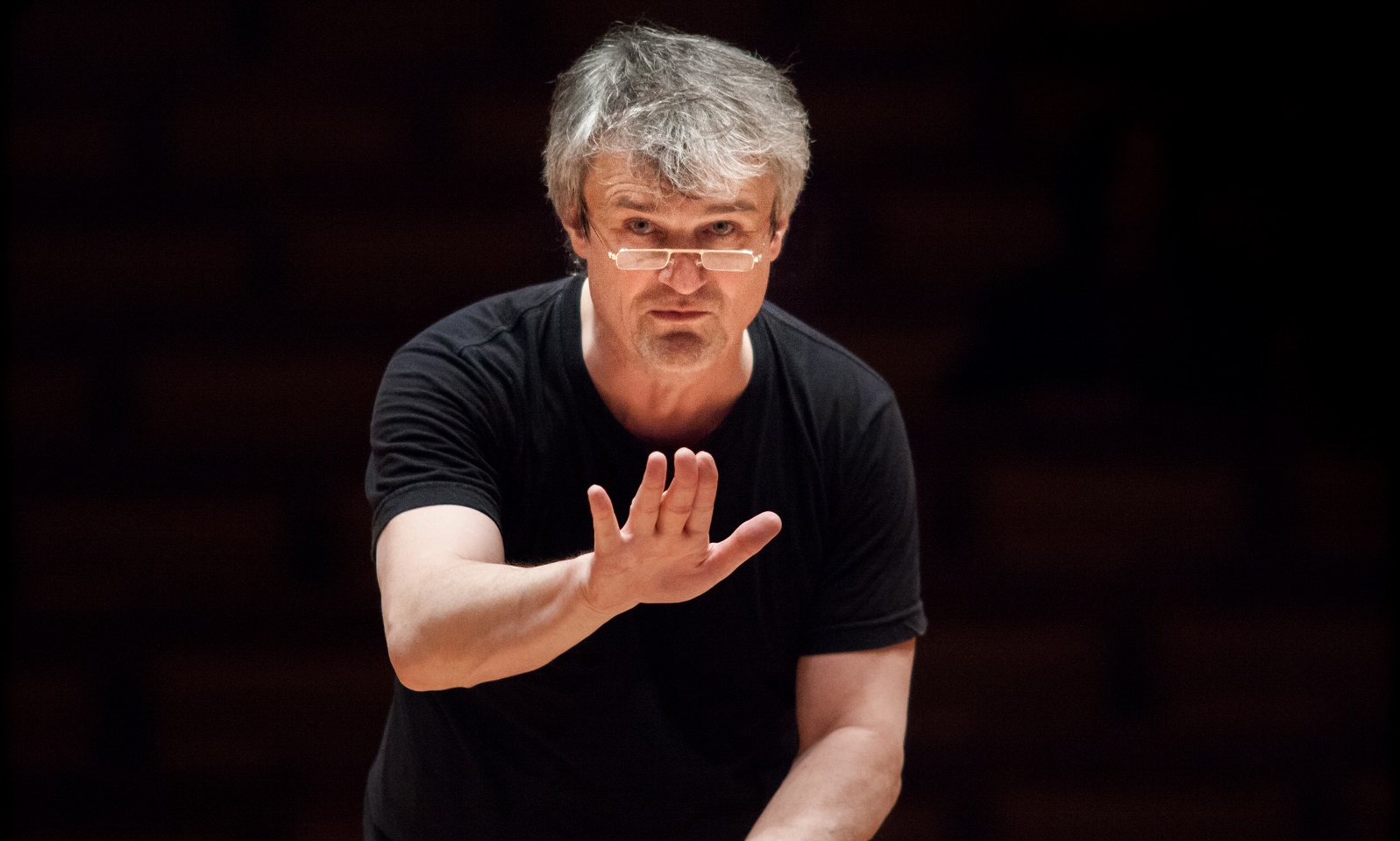 Blood on the Floor comes from a fascination with the work of Francis Bacon. The atmosphere of violence and deformation in Bacon’s paintings is also found in Mark-Anthony Turnage’s music. In its jazzy lyricism and aggressive outbursts it also reflects the urban subculture and drug milieus, in which the composer’s brother also died. So the work is both a musical depiction of these surroundings and a memorial. Its urban groove and subject matter have a fitting performance venue at one of the city’s busiest hubs.

For the first time the Kulturzentrum Pavillon on Hanover’s Raschplatz is the venue for the opening of the KunstFestSpiele Herrenhausen. Conducted by festival director Ingo Metzmacher, the Ensemble Musikfabrik plays alongside an illustrious quartet of British jazz musicians: guitarist John Paricelli, drummer Ian Thomas, bassist Laurence Cottle and saxophonist Martin Robertson, who has been closely connected with the work since its premiere in the 1990s.

In its personal mixture of energy and elegy, rawness and subtlety, Turnage’s music is rooted in modernist traditions, but breaks out of this narrower musical world and turns towards jazz. Blood on the Floor was composed in creative partnership with John Scofield and Peter Erskine, and is inspired by their characteristic sound. The work has been performed worldwide to much acclaim, and can now be heard for the first time in Hanover.

After the concert there will be a free shuttle to the opening party of the Spiegelzelt in Herrenhausen. Registration until May, 4th: shuttle@kunstfestspiele.de.

A production by KunstFestSpiele Herrenhausen